The Taken by Casey Kelleher 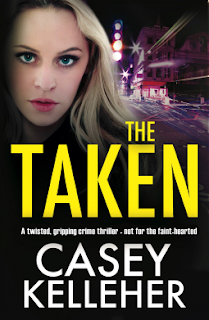 When you’ve lost everything, you’ll do anything to survive.


Saskia Frost’s world is blown apart when her dad dies. Without any family, she’s on her own now and up to her eyeballs in her father’s debts. He owed a lot of money to some very dangerous men – Joshua and Vincent Harper. Before long, aspiring ballerina Saskia finds herself lap-dancing in a London club to survive. A club run by the infamous Harper brothers. Saskia is now their property and they’re going to make her pay every penny back.

Teenager Lena Cona has fled a cruel and controlling marriage. She arrives in England with her newborn daughter, desperately relying on strangers for help. But she soon learns that not everyone can be trusted as she finds herself caught in the clutches of Colin Jefferies, a twisted individual obsessed by his own sinister secrets. As the sickening truth is revealed, Lena is forced to fight for her life - and her baby’s.

When their worlds collide, Lena and Saskia form an unlikely friendship. But with the terrifying Harper brothers on their tail, as well as Lena’s vengeful and violent husband, can they escape with their lives?

The Taken gives us three very different and separate stories which apparently have no connections, however Kelleher delicately and cleverly intertwines them as the story progresses.

Told in the third person, the chapters switch from storyline to storyline smoothly, with the plots being so different that it is easy to distinguish which is which.

The female characters are really well written and I found myself really drawn to Saskia, alone in the world and trying to keep hold of the things she holds dear. A bit of a paradox, she is strong and feisty one minute then shy and scared the next. I loved the gentle similarities between her and Lena and the way in which they eventually bonded through their need to survive.

I personally would have preferred one less storyline to allow for more depth on the other two, however I really did enjoy this book and will be looking for other work from Kelleher in the future.

I'd like to thank the publishers and Net Galley for providing me with a copy in exchange for my honest review.

Born in Cuckfield, West Sussex, Casey Kelleher grew up as an avid reader and a huge fan of author Martina Cole.

Whilst working as a beauty therapist and bringing up her three children together with her husband, Casey penned her debut novel Rotten to the Core. Its success meant that she could give up her day job and concentrate on writing full time.

She has since published Rise and Fall, Heartless and her latest release, Bad Blood.

For all news and updates: 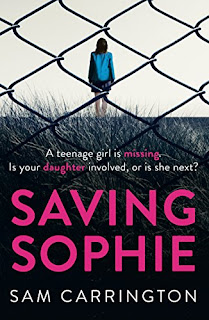 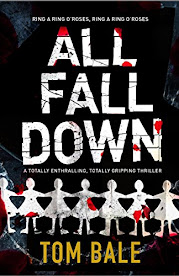